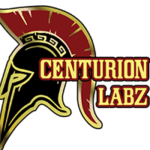 God of Rage Reloaded Centurion Labz the return of the legendary American pre-workout in the new layout graphically, however, with the same effective composition as before. A real hit in the category of strong pre-workout stacks in a larger package of 464 g based on strong stimulants such as DMHA or Eria Jarensis.

A powerful pre-workout formula increases the production of carnosine in the body, promoting the development of a specific musculature. Increasing the amount of nitric oxide in the body contributes to a substantial muscle pump and affects muscle nutrition. Taurine excellently inhibits catabolism, protecting the muscles developed so far. The addition of substances with nootropic action is responsible for increased concentration and well-being ensuring effective training at a high level.

L-Citrulline Malate – a combination of an amino acid – citrulline with malic acid. Citrulina, although it does not build muscle, plays an important biological role by participating in the urea cycle. During metabolic processes, citrulline neutralizes toxic ammonia. Citrulline malate is a compound that increases the production of nitric oxide and thus increases the blood flow to the muscles during training, causing the muscle pump. Research shows that citrulline malate administered before training improves the body’s ability to exercise and reduces fatigue. Another advantage of the preparation is its ability to reabsorb bicarbonate through the kidneys, which has a positive effect on the equilibrium-alkaline balance. In addition, the use of the supplement effectively reduces muscle acidification after a hard workout.

Beta Alanine – is necessary for the production of carnosine and blocks building proteins that help prevent the aging of the body. The compound supports the proper functioning and development of muscles. Amino acid is known for reducing muscle fatigue, which can help your muscles work better during training. This in turn promotes muscle growth. Beta-Alanine is particularly helpful in intensive short-term training such as weight lifting. Some people taking beta-alanine may notice a slight tingling sensation known as paraesthesia. A tingling arises because beta-alanine dilates blood vessels, allowing more oxygen and blood to be delivered to the muscles.

Creatine Monohydrate – Creatine is a compound naturally produced by the body to provide muscle energy. Produced in the liver, pancreas and kidneys, it is transported through the bloodstream and into the muscles of the body, where it is transformed into phosphocreatine. This high-energy metabolite is then used to regenerate adenosine triphosphate muscle, the ultimate source of muscular energy. Creatine monohydrate is the form most often chosen by athletes.

Taurine- is a non-protein amino acid, which means that it does not build human muscle proteins. It occurs in the free state in the tissues and bloodstream, and its concentration in the body is 1/1000 of body weight. As for the non-protein amino acid is very much – hence the huge role of taurine in regulating the numerous functions of the body. It inhibits the catabolism processes in the muscles and intensifies anabolism. Thanks to those who exercise it is easier to build muscle tissue and regenerate the body after exhausting training.

Caffeine Anhydrous-has a thermogenic effect and suppresses appetite due to the increase in the production of adrenaline and noradrenaline. It has been proven that it causes the formation of such neurotransmitters as dopamine, acetylcholine or even serotonin in the central nervous system, which exerts a stimulating effect and increases cognitive functions. The overall activity of caffeine on the body, allows you to maintain the effectiveness of training and maintain a positive mood, despite the calorie deficit.

2-Aminoisoheptane – is a stimulant that has other names, such as dmha or octodrine. DMHA has a relaxant effect on the bronchi, thanks to which our aerobic capacity increases, furthermore it has a decongestant activity (narrowing blood vessels, causing an increase in the oxygen flow rate), does not cause “stupor” and sharpens the senses that could not always be experienced with dmaa.

N-Phenethyl Dimethylamine Citrate- (Eria Jarensis) – the active ingredient of this extract is N-Phenyldimethylamine, a substance similar in action to phenylethylamine (PEA). In contrast, PEA is characterized by a longer effect, because it is not so quickly broken down monoamine oxidase. It strongly affects the level of dopamine, which results in a characteristic increase in mood, along with increased energy, concentration and motivation.

Theobromine – a compound known from the popular yerba mate, showing diuretic action, which helps in getting rid of excess water from the body, masking the effects of reducing body fat. It directly affects the increase of the aesthetics of the body by maximizing the muscle definition. In combination with caffeine, theobromine also has a thermogenic effect, accelerating the reduction of adipose tissue.

Mucuna Pruriens – plant seeds contain levodopa, which is a direct precursor to dopamine and an effective drug in the treatment of Parkinson’s disease. It affects the improvement of well-being and increased activity, resulting in increased exercise capacity and sexual function. Effectively increases the possibilities for dopamine synthesis. This astounding neurotransmitter is an extremely important element for the proper functioning of the nervous system and the flow of nerve signals. A deficiency of dopamine has been demonstrated in the case of people diagnosed with Parkinson’s disease, especially in the areas of the brain responsible for His motoric level. The low level of this neurotransmitter may be manifested by the onset of memory loss, problems with achieving full concentration and concentration, often also affecting the elderly.

Choline Bitartrate- choline is a substance necessary for the proper functioning and construction of every cell of our body. It occurs in the body in compounds called phospholipids, the most-known of them and the most-occurring is lecithin. Phospholipids perform a lot of functions in our body, build cell membranes and function as relays in the nervous system (most likely they participate in the “creation” of memory). An important function of choline is its participation in the transport and metabolism of cholesterol and other fats – it reduces their deposition in the vascular wall and gallbladder, and also affects the liver (also reducing fat deposition) and kidneys (regulates the amount of urine excreted).

Hordenine HCL- is a natural phenylethylamine compound that occurs in small amounts in various plants. This supplement works primarily through the release and protection of norepinephrine, which translates into increased metabolism, energy supply as well as a decrease in appetite. Users use hordenine for three main effects: fat loss, appetite control and energy boost.

Higenamine HCL– affects the production of nitric acid. Nitric acid affects the release of hormones and adrenaline. It is also certain that the product accelerates the regeneration time of the body, and also increases the amount of blood flowing, and thus the amount of nutrients supplied to the muscles is much greater.

Huperzine A- one of the most amazing alkaloid used to increase the ability to remember. Hupercine A is one of the most desirable substances in the group of agents that provide so-called brain doping. It allows you to achieve maximum concentration, focus and isolation of our attention in almost every situation. It is perfect for people with very demanding mental work as well as students or high school graduates. In contrast to many other stimulants acting on our mind, its action does not diminish with time and we can take advantage of hupercin supplementation for a very long time.

Vitamin D3– affects the work of muscles, which translates into better control over the body and stronger activation of muscle fibers to work. Regulation of androgen levels and tissue sensitivity to insulin allows maximizing anabolic processes and optimal use of nutrients. A beneficial effect on the reduction of adipose tissue can also be noted, among others due to elevated adiponectin. Studies confirm the effect on the severity of fat burning in people who previously suffered from a deficiency of vitamin D.

Vitamin C- is the basis for building the skin, bones, cartilage, tendons, blood vessels and heart valves. Ascorbic acid is a powerful antioxidant, accelerates the breakdown of harmful substances formed under the influence of intense training, effectively protects against infections. Another advantage of this vitamin is the improvement of iron absorption and the improvement of oxygen transport to the cells, which translates into an improvement in muscle condition. The effective absorption of oxygen extends the working time of the muscles and delays the anaerobic breathing phase of the muscles causing the formation of sourdough. In addition, vitamin C effectively leaches lactic acid from the muscles and thus speeds up the regeneration process after training. In addition, ascorbic acid affects the release of male hormones, including testosterone, which is desirable by athletes.

Vitamin B12- is essential for the production of energy from carbohydrates, fats and proteins. It also has a positive effect on the brain and cognitive functions, especially among seniors. Vitamin B12 in combination with folate, supports the formation of red blood cells and maintaining the proper level of homocysteine, supporting the health of the heart.