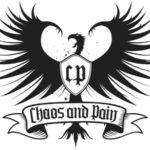 One of the newest potent pre-training stimulants with thermogenic properties!

Chaos and Pain Cannibal Ferox a highly intense pre-workout with a strong knit. It contains a set of ingredients that increase physical fitness and affect the faster building of muscle mass. The advanced formula perfectly increases concentration and motivation to train thanks to the high dose of stimulants. A high dose of citrulline increases the concentration of nitric oxide, contributing to an increase in the muscle pump and improvement of muscle function. Pre-workout perfectly tolerates fatigue, allowing you to perform intense workouts.

We recommend using the Cannibal Ferox pre-workout about 15-30 minutes before training. Perfect for hard training days. Two forms of yohimbine stimulate the body to reduce body fat, which results in a muscular figure without excessive fat gain. Due to the content of yohimbine, we recommend using it away from carbohydrate meals that limit the effect of this stimulant.

Composition of the Cannibal Ferox pre-workout:

Beta Alanine – is essential for the production of carnosine and protein building blocks that help prevent aging. The compound supports the proper functioning and development of muscles. The amino acid is known to reduce muscle fatigue, which can help your muscles work better during training. This, in turn, promotes muscle growth. Beta-Alanine is especially helpful in intense short-term workouts such as weight lifting. Some people taking beta-alanine may notice a slight tingling sensation known as paraesthesia. The tingling occurs because beta-alanine dilates the blood vessels, allowing more oxygen and blood to be delivered to the muscles.

Betaine Anhydrous – it helps to increase the body’s efficiency and improve the work of the nervous system. An additional advantage related to the use of betaine is better cell hydration. Like glycine, betaine draws water with it when absorbed into the cell. This results in better hydration of the body and an increase in the feeling of a muscle pump during training. The main intracellular transporter of trimethylglycine in the body is the BGT-1 transporter. In addition, betaine stimulates the production of the vasodilator – nitric oxide. In general, the ingredient provides better blood supply to the muscles and their nutrition.

Caffeine Anhydrous – caffeine has a thermogenic effect and suppresses appetite thanks to the increase in the production of adrenaline and norepinephrine. It has been proven that it causes an increase in the formation of such neurotransmitters in the central nervous system as dopamine, acetylcholine or even serotonin, which exerts a stimulating effect and increases cognitive functions. The overall effect of caffeine on the body allows you to maintain the effectiveness of training and maintain a positive mood, despite the caloric deficit.

L-Dopa – contains a key precursor for the most important neurotransmitter necessary for the proper functioning of our mind, as well as having the broadest effect confirmed by scientific research. L-dopa is produced by the action of tyrosine hydroxylase, so it is a completely natural amino acid. In addition to a significant increase in dopamine, it is also used in medicine, where its properties that increase memory and concentration, as well as improve sexual functions are particularly valued. It is also important for the optimal secretion of testosterone and growth hormone, which play an important role especially in physically active people.

Theophylline Anhydrous – theophylline has an effect similar to caffeine, additionally has a positive effect on breathing and improves blood flow. Theophylline, being a phosphodiesterase inhibitor, contributes to an increase in the intracellular concentration of cyclic AMP, thus enhancing thermogenic and lipolytic processes, and increasing the ability to concentrate and reduce fatigue. These properties make theophylline a valuable supplement to the composition of fat-burning supplements and pre-workout supplements.

Yohimbine HCL – yohimbine hydrochloride works by blocking α2-type receptors that interfere with fat burning, which can significantly facilitate slimming and help in sculpting resistant parts of the body. It is worth remembering that the effect of yohimbine is effectively eliminated by insulin, so taking this compound around meals containing carbohydrates is pointless. Yohimbine can be especially effective when used on an empty stomach, before exercise.

Rauwolfia Vomitoria Extract – has antioxidant, anti-inflammatory, analgesic properties, supports the carbohydrate and insulin metabolism, prevents cancer and improves mental condition. High standardization of the rauwolscine extract, also known as alpha yohimbine or isoohimbine, focuses the product’s action on the nervous system and the loss of unnecessary body weight. By interfering with the work of the cholinergic system, it increases the concentration of adrenaline, stimulating the system to function and intensifying the lipolysis process. By intensifying the oxidation of fatty acids in the mitochondria. It promotes the burning of previously accumulated fat in the areas of the body rich in α2-adrenergic receptors, mainly the lower abdomen and hips.

Huperzine A – an alkaloid with the ability to penetrate the blood-brain barrier, is a negative catalyst for acetylcholine decomposition, improving nerve conduction and having a significant impact on concentration, association and memory. Cannibal Ferox from Chaos and Pain helps to alleviate the effects of oxygen stress, prevents depression and has neuroprotective properties that improve well-being. In sports supplementation, it is recommended in the period before training, before exercise and during exercise, in order to improve concentration.

from ¼ to 1 scoop depending on weight.