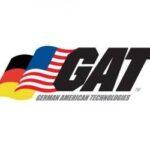 JetFuel is a supplement that raises the energy level, stimulates and stimulates, thus increasing endurance and endurance, both physical and mental.

Jet Fuel includes, among others:

DMAE – is an organic compound belonging to the amino alcohol group, or hydroxyamines. DMAE is a precursor of acetylcholine in the central nervous system, so it belongs to nootropic compounds. Scientific research proves that the substance positively affects the functioning of the brain. The compound is also characterized by a strong antioxidant effect. Dimethylaminoethanol is a compound that is particularly recommended for people exposed to stress, working mentally as well as athletes who lead an active lifestyle. It has been proven that acetylcholine is a neurotransmitter that improves the functioning of brain structures that are responsible for memory and concentration. The source of DMAE is mainly in seafood and fish such as salmon or sardines.

Anhydrous Caffeine – the most known thermogenic compound in the world. It has a stimulating effect, lowers the level of Adenosine, inhibits the breakdown of cAMP – thus strengthens the thermogenic processes occurring in the body (energy produced during fat burning in the form of heat) and lipolytic (decomposition of fats into free fatty acids).

Guarana – a plant native to South America. It contains natural caffeine, which is released gradually, for a few hours after ingestion. Thanks to this, it gives a gentle, long-lasting stimulation and a thermogenic effect.

Green Tea extract – eliminates free radicals, prevents cancer, contains catecholamine EGCG, which inhibits the process of inactivation and removal of adrenaline from the body. As a result, it works synergistically with both natural adrenaline and compounds that mimic its action.

Hoodia Gordonii – cactus found in southern Africa. The main active ingredient is a compound called P57 that has the ability to severely suppress appetite, which is one of the biggest problems during the reduction diet.

Yohimbine hydrochloride – its main action is to stimulate the secretion of Norepinephrine, a hormone responsible for increasing the release of fatty acids from adipose tissue. Additionally, thanks to the interaction with alpha-adrenergic receptors it helps to burn fat from bothersome places (stomach, chest, thighs, buttocks).

Acetyl-L-Carnitine – L-carnitine – is a vitamin-derived substance synthesized by the human body from amino acids: Lysine and Methionine, from vitamins C, B3, B6, B12, and Folic Acid and Iron. In our body, it plays several important functions: it regulates cellular metabolism (its presence is essential for the fatty acid oxidation process), it increases efficiency, helps in the protection of the cardiovascular system, has antioxidant properties.

E & Z Gugglosterones – these are compounds obtained from Mukul Balsamowiec. For hundreds of years used in traditional Indian folk medicine. Their main activity is to influence the thyroid metabolism – they stimulate it to increase the secretion of thyroxine, the hormone responsible for the control of the metabolic rate and the breakdown of adipose tissue. In addition, Gugglosterony positively affect the lipid profile (cholesterol level) which can be a frequent cause of disease later in life.

Magnolia Bark Extract – for centuries used in Chinese medicine for the treatment of headache, fever and chronic stress. It has a calming, antibacterial effect, it helps to reduce catabolic hormone levels.

5-HTP – shows antidepressant effect (through participation in the synthesis of an important neurotransmitter – serotonin), increases blood circulation of skeletal muscles and skin, improves the work of the small intestine

Piperine – a compound present in the Black Pepper. It increases diuresis, improves blood supply to tissues, stimulates nerve endings in the gastrointestinal tract, strengthens the secretion of digestive juices, thus affects the better use of substances taken in with it.