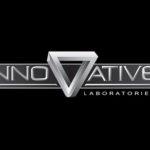 Wicked Innovative Laboratories known throughout the world pre-workout in the USA, in a new version this time in an equally strong version of DMHA. The formula based on three sets of the most effective components of the new generation:

Innovative ingredients have been proven to be scientifically effective: as guanidinopropionic acid, agmatine silicate, taurine, red grape extract, D-Ribose, Rauwolfia Serpentina enriched with DMHA, they are an extremely effective pre-workout preparation for athletes looking for the best solutions to maximize the benefits of training. Intense energy, increased muscle mass, a generous pump, fast regeneration, extreme concentration, increased strength and improved well-being are the effects that accompany training with the use of Wicked. Pre-workout available in two flavors: Grape and Punishing Punch.

2-Aminoisoheptane HCL- is a stimulant that has other names such as 2-aminoisoheptane or octodrine. DMHA has a relaxant effect on the bronchi, thanks to which our aerobic capacity increases, furthermore it has a decongestant activity (narrowing blood vessels, causing an increase in the oxygen flow rate), does not cause “stupor” and sharpens the senses that could not always be experienced with dmaa.

Beta Alanine – is necessary for the production of carnosine and blocks building proteins that help prevent the aging of the body. The compound supports the proper functioning and development of muscles. Amino acid is known for reducing muscle fatigue, which can help your muscles work better during training. This in turn promotes muscle growth. Beta-Alanine is particularly helpful in intensive short-term training such as weight lifting. Some people taking beta-alanine may notice a slight tingling sensation known as paraesthesia. A tingling arises because beta-alanine dilates blood vessels, allowing more oxygen and blood to be delivered to the muscles.

L-Citrulline – participates in the synthesis of nitric oxide (NO) and phosphocreatine and oxygen metabolism of glucose, thereby increasing the uptake of oxygen, glucose, amino acids and creatine and energy production through muscle cells. It reduces the concentration of lactic acid and ammonia in the muscles, allowing the body to recover energy faster by increasing the level of creatine phosphate and resynthesis ATP. It is much more effective than high doses of arginine, because it is its precursor. At the same dose as arginine is more effective in increasing its amount in the body than arginine itself.

Creatine Nitrate – thanks to the use of high quality creatine you can get a significant increase in strength. Creatine is popular among active people as an addition to the diet due to its ability to serve as a source of energy, particularly during intense physical exercise. Creatine is synthesized in the liver and stored in large muscles, in cardiac and skeletal tissues.

2-Aminoethanesulfonic acid Silicate – Taurine (in the form of 2-aminoethanol sulfonic acid silicate) – belongs to the group of biogenic amino acids. It is an organic chemical compound that occurs in human tissues. The largest amounts of taurine are located in the heart, skeletal muscle, brain and the retina of the eye. The process of taurine synthesis takes place with the participation of two other amino acids – cysteine ​​and methionine. The properties of the human body for independent synthesis are limited, and therefore its supplementation is sometimes necessary. Taurine is a non-protein amino acid, which means that it does not build human muscle proteins. It occurs in the free state in the tissues and bloodstream, and its concentration in the body is 1/1000 of body weight. As for the non-protein amino acid is very much – hence the huge role of taurine in regulating the numerous functions of the body. Taurine has one more important feature that has decided the popularity of this amino acid among athletes – it inhibits the processes of catabolism in the muscles and intensifies anabolism. Thanks to those who exercise it is easier to build muscle tissue and regenerate the body after exhausting training.

Agmatine Silicate – agmatine silicate. Effectively increasing the secretion of nitric oxide in the human body, which translates into a strong muscle pump feeling during training. Enlargement of blood vessels supports the supply of blood and nutrients to working muscles, which greatly speeds up the process of regeneration and construction of new muscle fibers.

(N- (aminoiminomethyl) -beta-alanine) – known as guanidinopropionic acid, N- (aminoiminomethyl) -beta-alanine is an analogue of creatine monohydrate. Guanidinopropionic acid brings numerous benefits, including:, increases weight loss, improves creatine absorption. Takes part in glucose metabolism. It improves the insulin sensitivity of muscle cells, thanks to which it effectively supports glycogen resynthesis. Thanks to this, the substance maximizes the effectiveness of post-workout regeneration.

D-Ribose – component part of ATP. It increases the speed at which ATP regenerates after intense physical activity. It supports the regeneration of the body, reduces fatigue, supports the renewal of ATP stores – the main carrier of chemical energy in the human body.

Creatinol-O-Phosphate- is a molecule consisting of a creatine derivative – creatinol and a phosphate group attached to it. After getting into the body it disintegrates into its components, thanks to which it participates in the body’s energy processes. High-energy phosphate groups are involved in ATP synthesis, thanks to which they provide a high level of energy during training. The active substance acts as a specific buffer that protects against too fast a decrease in pH in muscle tissue. This allows effective delay of fatigue during long-term training.

Caffeine Anhydrous – anhydrous caffeine has a thermogenic effect and suppresses appetite due to the increased production of adrenaline and norepinephrine. It has been proven that it causes the formation of such neurotransmitters as dopamine, acetylcholine or even serotonin in the central nervous system, which exerts a stimulating effect and increases cognitive functions. The overall activity of caffeine on the body, allows you to maintain the effectiveness of training and maintain a positive mood, despite the calorie deficit.

Histidine – participates in the formation of muscle tissue, including a positive effect on the exercise capacity of the body. In combination with beta-alanine, histidine forms a carnosine, which is a specific buffer in muscle tissue. The action of this compound consists in neutralizing the by-products of metabolism which prevents the change of pH in the muscles. It allows to maintain the efficiency of changes taking place there, which translates into maintaining performance during intensive training.

Rauwolfia Serpentina – shows antioxidant, anti-inflammatory, analgesic, carbohydrate-insulin-promoting properties, counteracting cancer and improving mental condition. High standardization of the rauwolscine extract, in other words, yohimbine or isohimine, focuses the action of the product on the nervous system and the loss of unnecessary body mass. Inhibiting the operation of the cholinergic system, it increases the concentration of adrenaline, stimulating the body to function and intensifying the lipolysis process. Strengthening the oxidation of fatty acids in the mitochondria. It promotes the burning of previously stored adipose tissue in areas of the body rich in α2-adrenergic receptors, mainly the lower abdomen and on the hips.

Vitamin C- is the basis for building the skin, bones, cartilage, tendons, blood vessels and heart valves. Ascorbic acid is a powerful antioxidant, accelerates the breakdown of harmful substances formed under the influence of intense training, effectively protects against infections. Another advantage of this vitamin is the improvement of iron absorption and the improvement of oxygen transport to the cells, which translates into an improvement in muscle condition. The effective absorption of oxygen extends the working time of the muscles and delays the anaerobic breathing phase of the muscles causing the formation of sourdough. In addition, vitamin C effectively leaches lactic acid from the muscles and thus speeds up the regeneration process after training. In addition, ascorbic acid affects the release of male hormones, including testosterone, which is desirable by athletes.

Niacin- is above all one of the elements forming two extremely important coenzymes: NAD and NADP. Each of them, through the connection with the protein, produces an enzyme called oxidoreductase. In turn, oxidoreductase is a compound that has an inextricable effect on the metabolism of all the basic macronutrients of our food – proteins, fats and carbohydrates. Niacin supplementation also benefits the immune system. It is characterized by the best bioavailability. It protects against cardiovascular diseases, dilates blood vessels, reduces cholesterol and lipids.

Vitamin B6– is a coenzyme of many enzymatic changes in the body including transamination and decarboxylation of amino acids. Particularly important is its participation in the transformation of tryptophan, which produces serotonin and nicotinic acid. It is essential in the process of phosphorylation, affects glycogenesis and glycogenolysis in muscles, plays an important role in immune and hematopoietic processes. It reduces the secretion of prolactin, which has a negative effect on men’s libido.

Inositol – is a natural compound necessary for the proper functioning of our body. It improves the mood, regulates the endocrine system, reduces the level of bad cholesterol and stimulates the regeneration of all tissues of our body. In addition, it is necessary for the proper functioning of the reproductive system of men and women, which is why it is sometimes called the “fertility vitamin”.