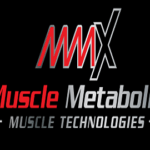 Cycle Safe Muscle Metabolix a new supplement for use during the hormonal cycle. The complex, comprehensive preparation is recommended for people who want to support the body in order to maintain proper hormonal management. In addition, it affects the proper level of prolactin and cortisol in the body, supports liver function, cares for the circulatory system and stimulates the immune system. Cycle Safe provides excellent antioxidant support and supports the body during the period of building muscle mass maximizing gains in the gym.

NAC-acetylated form of L-cysteine, which is responsible for the regeneration of the body through the secretion of endogenous glutathione. In addition, the product supports regeneration and improves exercise parameters. Cysteine, among others, improves the body’s antioxidant functions, increases the level of immunity, supports the fight against viruses or infections, works anti-catabolic, protects muscle mass against burning.

Milk Thistle Extract is a source of silymarin. Silymarin is a flavonoligan complex present in the milk thistle seed shell. In addition to the silymarin mentioned above, the raw material also contains valuable compounds such as phytosterols, flavones, phenolic glycosides as well as vitamins E and F. The substance acts as a stabilizer of cell membranes, has a cholagogic, detoxifying, anti-inflammatory and antispasmodic effect. It effectively regulates the passage of food and protects liver cells against the harmful effects of alcohol and mycotoxins. Has antioxidant effect, prevents cirrhosis of the kidneys and heart. Due to its ability to reduce bad cholesterol in the blood, it is recommended for the treatment of natural hypercholestrelolemia. In addition, it prevents the formation of deposits and gallstones.

L-Glutathione – enables the removal of nitrogenous compounds and halogenated toxins from the body. It has antioxidant properties that are manifested in the reconstitution of thiol groups -SH in proteins in which they oxidized to sulfone groups -SO3H or disulfide bonds -S-S. Thanks to the reversible reaction of detaching or attaching electrons, glutathione acts in the body as an oxidation-reduction system protecting the -SH groups of proteins against oxidation. It also participates in the respiration process and is a coenzyme of some oxidation-reducing enzymes. In reduced form, thanks to the free thiol group, it is used to reduce peroxides (e.g. hydrogen peroxide). Traps reactive electrophilic agents protecting cells from toxin damage.

Hawthorne Berry Extract – the plant has long been considered an extremely valuable pharmaceutical raw material and has many applications in the treatment of various types of diseases. Scientific research confirms its antioxidant, hypocholesterolemic, hypolipidemic and antiatherosclerotic effects. Many studies confirm the positive effects of hawthorn on the cardiovascular system. Experiments provide evidence to suggest its hypoglycemic effect – lowering total cholesterol, LDL cholesterol and triglycerides with a simultaneous increase in HDL cholesterol. It is believed that hawthorn extracts may intensify cholesterol metabolism towards bile acids, and thus contribute to the excretion of its excess from the body. It also seems that hawthorn extracts may have anti-aggregation effects, which may play an important role in preventing the formation of many abnormal changes in blood vessels, which are a risk factor, among others stroke or acute coronary syndromes.

ALA-alpha-lipoic acid is a natural organic compound from the group of carboxylic acids, which plays an important role in removing free radicals, also has the ability to chelate metal ions, which improves the process of removing heavy metals from the body. Alpha-lipoic acid actively supports weight loss, which promotes the loss of excessive kilograms, further reducing excessive appetite and uncontrolled hunger attacks.

Coenzyme Q10- helps prevent cell damage caused by free radicals that can result from intense stress or metabolic processes. Strengthens the functioning of the heart and immune system. In reaction with oxygen, Coenzyme Q10 obtains energy from nutrients at the cellular level (in the form of ATP). Thus, coenzyme Q10 gives more energy and also helps to increase the body’s efficiency.

Celery Seed – has at least eight groups of anti-cancer substances and anti-acid compounds. Among them are acetylenes, which have been shown to stop the growth of cancer cells; phenolic compounds, blocking the effects of prostaglandins, stimulating the growth of cancerous and cancerous cells and coumarin, which stop metabolic and dietary acids from damaging cells. One of the active alkalizing compounds in celery is coumarin, which prevents the formation of tumors and increases the activity of certain white blood cells that help remove carcinogenic cells from the body. Celery extract helps significantly reduce blood pressure by reducing the amount of acidic plaques. Its alkalizing ingredients relax the muscles around the arteries and dilate the veins, which allows free blood flow. It supports healthy and proper kidney function by helping to remove acidic toxins from the body. By removing these toxins, it also prevents the formation of kidney stones.

Saw Palmetto – obtained from the fruit of Serenoa repens is characterized by a high content of fatty acids having the ability to inhibit the activity of 5-alpha-reductase converting testosterone to dihydrotestosterone. DHT has a much higher adrenergic potential, causes many side effects characteristic of too high androgen levels. In addition to limiting the negative effects of dihydrostestosterone activity, the plant extract helps maintain high levels of male sex hormone in the blood.

Grape Seed Extract – resveratrol contained in grapes acts as an antioxidant, scavenging free radicals that damage healthy body cells. Is a substance that reduces the absorption of LDL cholesterol in the walls of blood vessels, reducing the risk of heart disease and atherosclerosis. It inhibits platelet aggregation and prevents the formation of dangerous blood clots. It is perceived as a substance that has anti-obesity properties and may also have beneficial effects in preventing diabetes. In addition, it has the ability to lower blood pressure, which is an important factor in preventing lifestyle diseases.