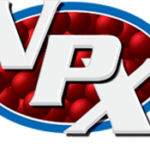 The most powerful fat burner straight from the American VPX laboratory. Dietary supplement maximally accelerates the burning of unnecessary fat. Meltdown is the strongest and most powerful thermogenics originating in the USA! The unique composition ensures fast and effective weight loss.

The VPX supplement guarantees 100% effectiveness! The most powerful American thermogenics VPX Meltdown is a very strong version of the supplement available on the market supporting fast and effective weight loss! VPX Meltdown is a supplement whose main action is to maximally accelerate the process of reducing body fat.

In addition, it helps to reduce appetite and increase the energy level, which is often reduced during the reduction diet. Meltdown is certainly the most powerful fat burner that has appeared on the market! Mega hardcore formula of nutrients, causes fast and effective burning of unnecessary fat, and as a result shaping a slim, well-groomed silhouette. American fat burner Meltdown is a new generation supplement, whose regular use guarantees obtaining and maintaining a muscular figure without the amount of unnecessary fat. It is not a wonderful tablet that you suddenly burn fat in your body. However, combining Meltdown with a reasonable diet and a bit of movement will contribute to results you have not even dreamed of!

Anhydrous caffeine – an anhydrous form of caffeine from the group of organic compounds. It blocks the adenosine receptors in the brain, which results in eliminating the feeling of tiredness during training. Due to its thermogenic action, it effectively burns fat and improves metabolism.

Theacrine – is an alkaloid that is structurally reminiscent of caffeine and also activates similar signaling pathways. Under natural conditions, theacrine is most likely synthesized from caffeine and then stored. It is believed that this substance is in the highest concentration in Chinese tea Camallia sinensis, where it is found next to caffeine and theobromine. This substance effectively increases the energy level in the body, and its action is very similar to caffeine with the difference that it works much longer, shows a slower increase in tolerance and does not cause unpleasant effects. In addition, the substance does not increase blood pressure.

6-Paradol – a spice reminiscent of the composition of ginger. It is known for its accelerating metabolism properties due to the activation of brown adipose tissue.

N-Methyl L-Tyramine – compound extracted from the fruit of bitter orange or barley. N-methyl-tryamine (NMT) is formed by adding a “methyl” group to the well-known biogenic amine, L-Tyramine. No, this is not a synthetic ingredient. Plants can actually produce NMT with tyramine N-methyltransferase enzyme. Extracting NMT from plants is cheaper than synthesizing NMT. Its action is based on the stimulation of beta receptors that play a significant role in the fat burning process. In addition, the compound exerts an anabolic effect, increases blood flow to the muscles and increases cell performance in the burning of glucose. Another important advantage is that it improves the functioning of the brain – it increases the amount of neurotransmitters, thanks to which you think faster and react in a fraction of a second. This is very useful especially in sports competitions.

Hordenine – works primarily through the release and protection of norepinephrine, which translates into increased metabolism, energy supply as well as a decrease in appetite. Users use hordenine for three main effects: fat loss, appetite control and energy boost.

Bioperine – the active ingredient of black pepper, has a thermogenic effect. It can increase the blood supply to digestive tract tissues, resulting in better digestibility of food components. It significantly improves the assimilation of many active ingredients of supplements.

Yohimbine – a substance that is helpful in the fight against the so-called resistant fat tissue, located mainly in the thorax and lower waist areas of men and hips, buttocks and thighs in women. Yohimbine works by blocking the α2-type receptors, which clearly facilitates slimming and is helpful in sculpting body parts resistant to slimming. It is worth remembering that yohimbine effectively eliminates insulin. Thus, taking this compound around carbohydrate-containing meals is pointless. Yohimbine is especially effective on fasting, before physical exercise.